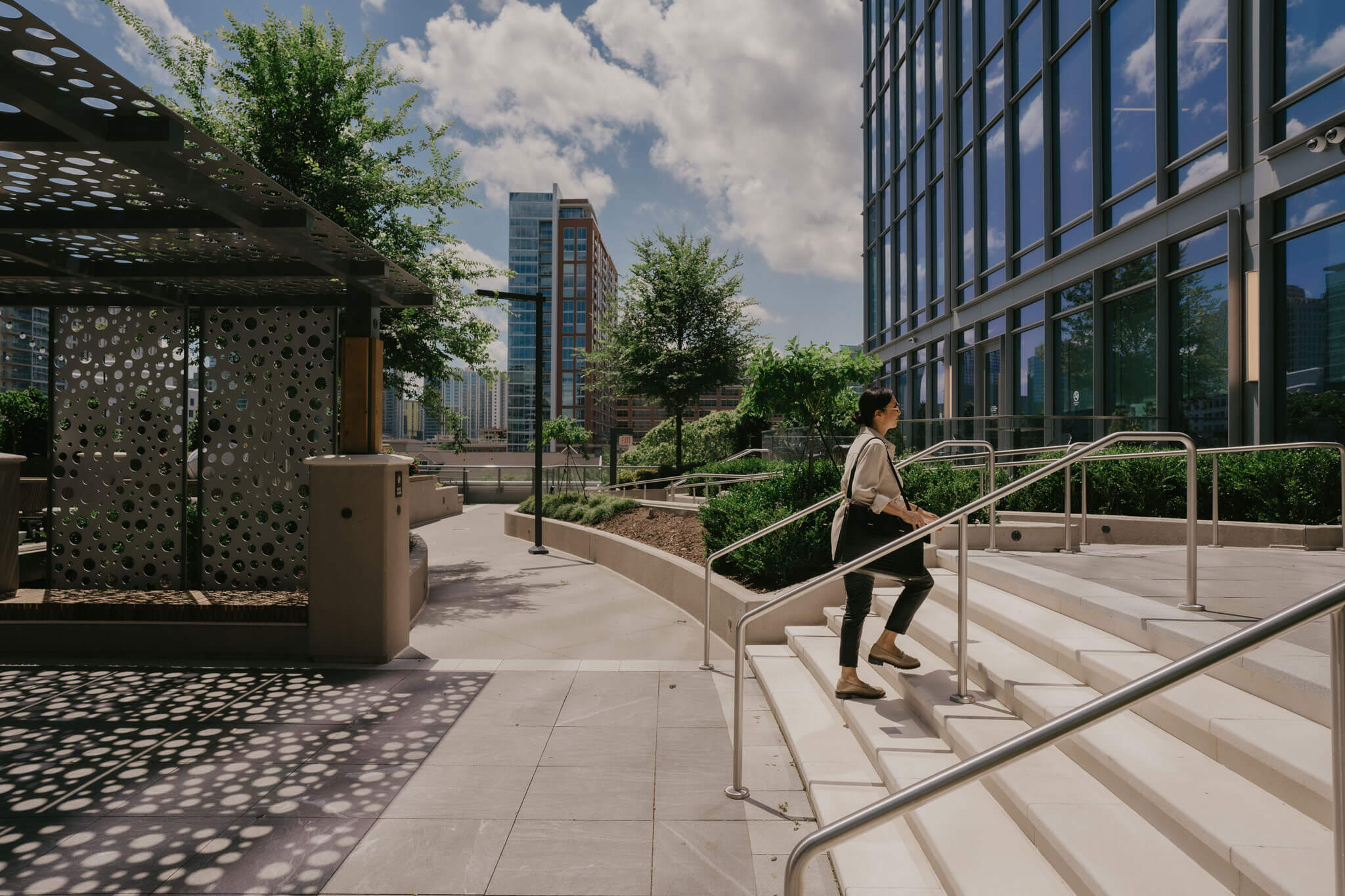 For many of us, home became our everyday environment for a while recently, and this experience has put home in an entirely new light. People now seek to discover a home that surpasses the higher bar for satisfaction that they now have set. For these seekers, to go beyond the everyday on every single day has become one of life’s necessities.

Among the new condos in Midtown Atlanta, 40 West 12th is uniquely qualified to achieve this goal. We saw it coming.

The people who put the energy in today’s economy don’t compromise on quality of life as readily as generations past. And anyone who’s traveled widely, whether for business, family, or pleasure, can testify that the core of a bustling city, though it might contain career opportunities, is in many cases not a particularly attractive place to live.

The condos in midtown Atlanta offer a rare and emphatic exception, because the live-work-play community we see in Midtown today has been planned, prepared, and provided for during the last 40 years. A pleasant, percolating blend of residences and businesses, culture and retail, hotels and restaurants, greenspaces and high-rise power plays, all connected by shaded walks and bike paths, with trees along the way, this is the world that embraces the Midtown Atlanta condos for sale.

Never on the Shelf

The master plan that set these visions in motion is now in its third generation. Blueprint Midtown III is the rarest of civic plans, because it never sat forgotten on a shelf. Rather, it is a living roadmap for prosperity, an owners’ manual for the live, learn, work, and play community that emerged to serve the finest of the luxury condos in Atlanta, Georgia.

It’s been said that the biggest difference between Blueprint Midtown and other cities’ master plans is that this one got implemented. Among its accomplishments was the largest rezoning in the city’s history, and more than $6 billion in new investment. One reason for the persistent success of Midtown as a desirable place to live is that the master plan took shape against the fiercest kind of competition. The plan had to be superb to succeed.

When the Midtown Alliance was formed, a suburban trend was already two decades old. In Atlanta, there flourished a standard for single-family homes so attractive that its porches, lawns, and pools magnetized young executives. Corporate headquarters in New York, L.A., and Chicago knew well that when you transferred a rising corporate star to Atlanta, you’d better be ready for him or her to stay there, because leaving that life was rarely an option once they’d tasted Atlanta living and the value of property here.

Suburban sprawl and car commutes took the shine from this style of living, and a new generation of Atlanta executives, artists, educators, and entrepreneurs arrived at a better answer. Midtown condominiums have since then replaced those mini mansions as the magnets for rising stars of the digital economy.

Creating an environment where condos are embraced in pedestrian and bike-friendly streetscapes canopied by trees and connected to every form of recreation and renewal, indoors or outdoors, this is the triumph of Midtown. For more about how this better idea builds value, just call us at 404-347-3838 or find out more at 40west12th.com.