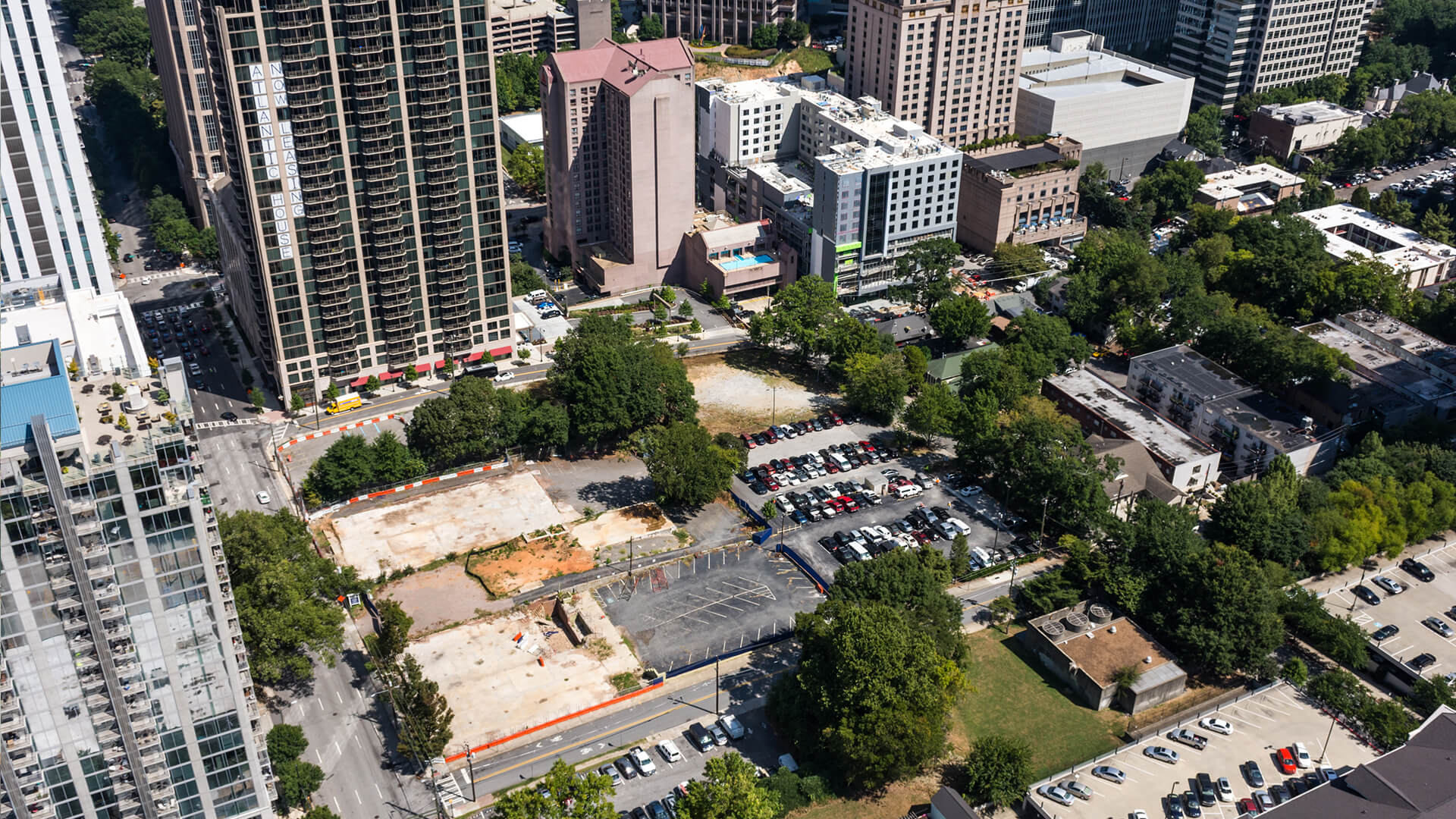 The entire block bounded by West Peachtree Street, Peachtree Walk, and 12th and 13th streets has been leveled to make way for a massive mixed-use development in rapidly changing Midtown.

Demolition began on the structures along West Peachtree Street late last year in preparation for Selig’s transformative, multi-tower project along the booming thoroughfare.

Currently known by its address of 1105 West Peachtree, the project promises an office tower and combined hotel-residential tower, all atop a parking podium for 1,480 cars. The base will be surrounded by 14,000 square feet of retail, capped by a one-acre plaza.

According to a permit filing, the 32-story office tower would include nearly 660,000 square feet of space, while the shorter hotel tower will offer 67 condo units and a 153-room hotel.

The project was first announced back in late 2016, and the developer applied for demolition permits last summer.

While the demolition of three buildings on the site—including the NRHP-listed Dr. Marion Luther Brittain Sr. House—is nearly complete, the city’s website does not reflect that construction permits for the project have been given final approval.

When first announced, a project completion of late 2019 was given; however, there have been no updates since.

With any luck, construction will begin this year, as residents prepare to move in just down the street at the nearly complete Icon apartment tower.