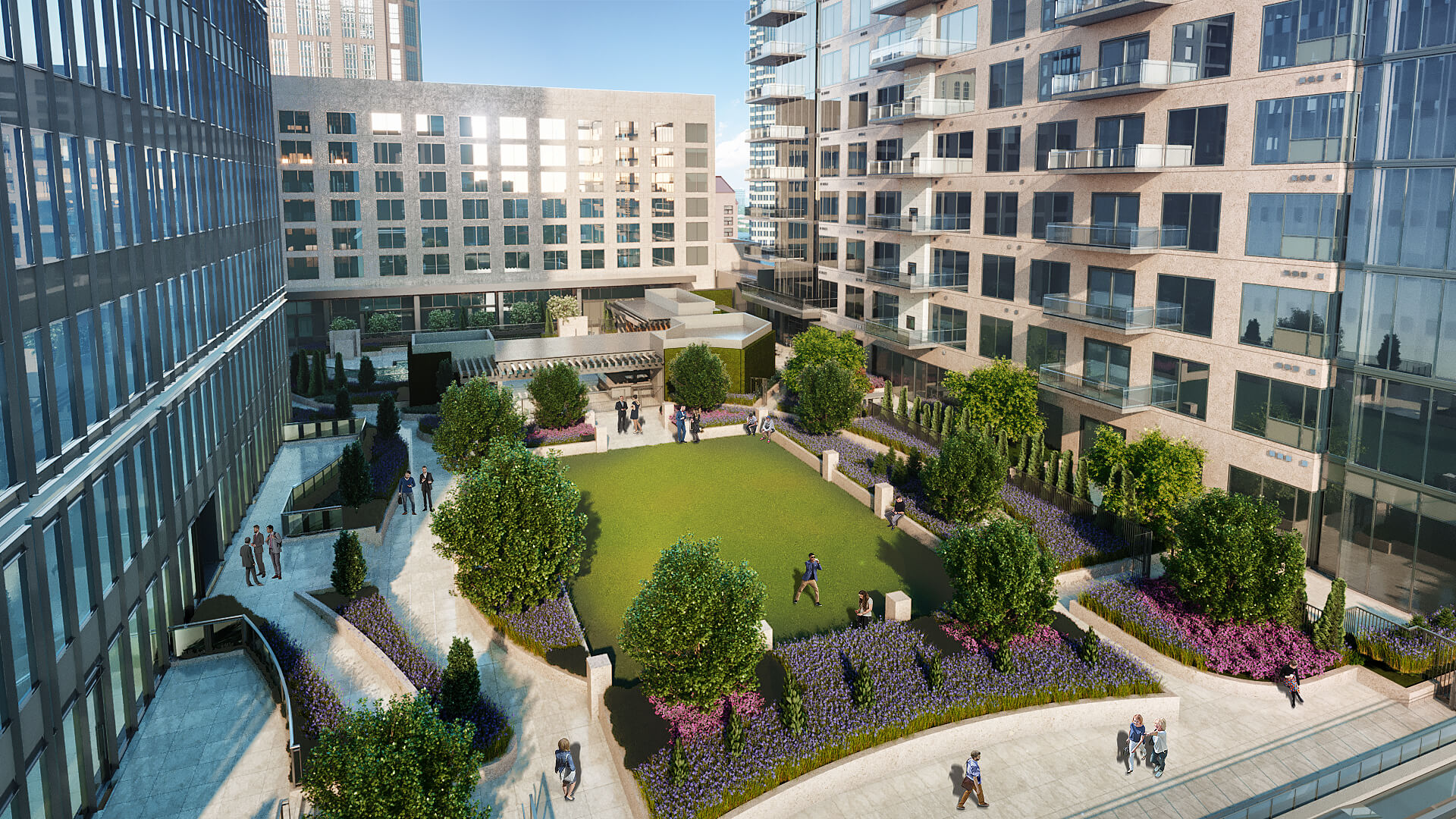 The project will feature multiple buildings linked by a nearly one-acre plaza. It would sit in the middle of the development and atop the parking deck, offering a new gathering spot with city views for tenants and Midtown residents.

The buildings would rise on a 3.5-acre site that could join a development wave along West Peachtree between 14th and 10th streets. Other nearby projects include a medical office building for Northside Hospital and a 72,000-square-foot Whole Foods Market that’s part of the The Related Group’s 38-story apartment tower.

Selig Enterprises was expected to submit plans Dec. 6 to the Midtown Development Review Committee, which meets later this month.

Selig Enterprises hired architect Rule Joy Trammell + Rubio LLC to design the mixed-use project, which will feature an abundance of natural daylight and views of the city skyline. The firm also said it didn’t want to design the building as “just another glass box.”

Architect Dan Joy, one of the principals of the firm said in an email, “There was a level of design research into the great tectonic towers in international cities that provided inspiration for the fresh look for 1105 West Peachtree.”

The project could break ground by mid-2017, depending on discussions with possible lead tenants, Selig development executives said. It would need to be roughly 50-percent pre-leased.

Selig Enterprises is a nearly 100-year-old Atlanta real estate company that has one of the largest portfolios of prime intown land holdings among any of its competitors.