Places in the Art 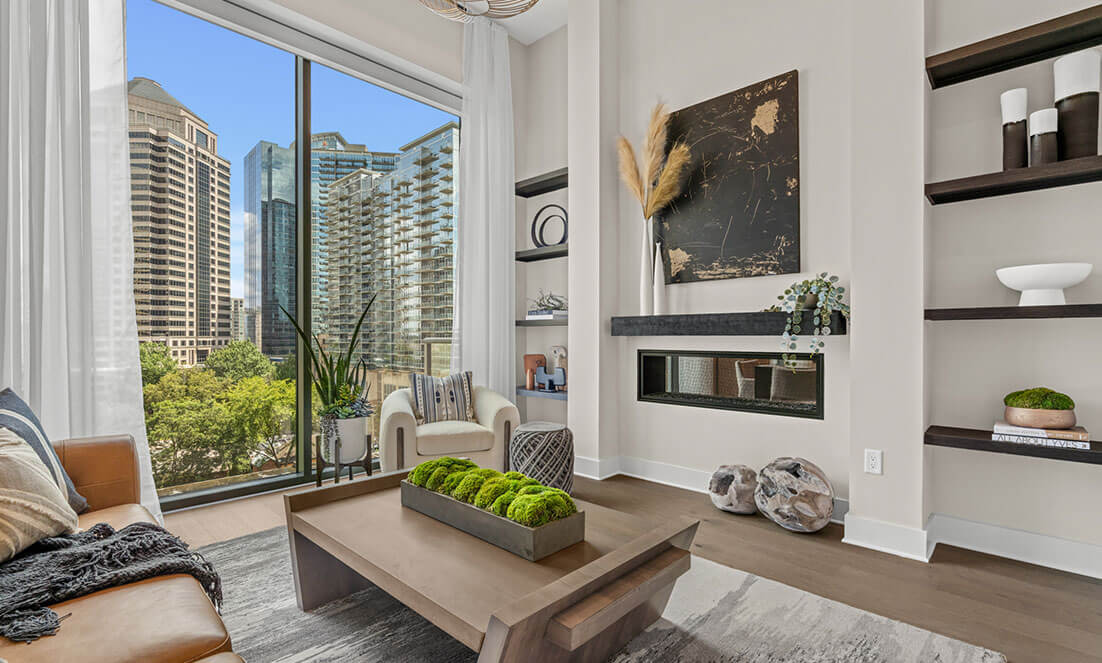 It’s a pleasant stroll from the Midtown Atlanta condos for sale at 40 West 12th Street to the Arts District Plaza, newly refreshed at the corner of 15th and Peachtree Street. Presenting a sense of place, a gateway for the neighborhood bounded on the north by the Woodruff Arts Center, the plaza recently received new lighting, new seating, new landscaping, and a powerful, monumental sculpture, the Sabine Woman, by Dorothy Berge. Originally sited at Colony Square and recently gifted to the Midtown Alliance, the Sabine Woman is inspired by a Roman legend of women who placed themselves between two opposing armies, bringing unity and peace.

The grounding of this ancient story here, among the luxury condos of Atlanta, is not at all far-fetched. It’s hard to miss the meaning, when the Arts District Plaza stands between the High Museum of Art and the Federal Reserve Bank of Atlanta. Art has proven time after time to both lead and support economic development.

You Can Look It Up

In fact, a Creative Vitality Index (CVI) has been developed that establishes that relationship between art and commerce in both correlation and regression analyses. The condos in Midtown Atlanta were always in a good position for creativity, because Atlanta was born as a crossroads. And where people and ideas converge, invention and enterprise flourish.

This effect goes deeper than just a gathering process; people exposed deeply to different ideas actually perform more creatively. The combination of divergent thinking and convergent thinking that occurs here in Atlanta is tailor-made for innovation and progress.

Art is a breeding ground of ideas, passions, and skills that can both drive and serve the inevitable changes that come with progress. Art is what might be called a “source industry.” This has clearly been a factor in the long legs of Atlanta’s growth in value. Not only is our city based on the strength of a wide range of industries, but we also count among them an industry – art – that helps them work together and evolve.

Between the Gallery and the Bank

Our Midtown location between the High Museum and the Federal Reserve is more than just symbolic. Art and commerce are not just opposites that attract, they can be two sides of the same coin. For example, would Atlanta have surpassed L.A. in film and TV production dollars if not for the presence of creative people here, who offer the profusion of skills that movie-making requires?

As an element of the economy, art itself has several advantages, including the fact that it is inherently local – it can’t be outsourced – it attracts tourism dollars, and it activates other elements of the economy like fashion, cuisine, publishing, entertainment, and digital design, all important elements of the Atlanta economy.